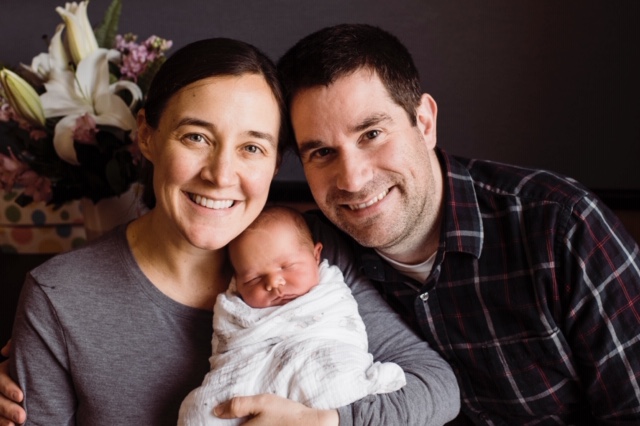 Before seeing Jackie, I had gone through a few rounds of IUI, 2 egg retrievals, and 3 transfers (2 fresh, 1 frozen) over about a year’s time with no success.  The most frustrating part (other than just not getting pregnant!) was that no one seemed to know why. I just kept hearing “I’m sure it will happen.” but with no real reason as to why it wasn’t and what would change.  They just kept saying to keep trying. We were frustrated and sick of all the tests and the medication so we decided to take a real break and just see what happened. I heard about Jackie from a friend who had another friend who had seen Jackie and gotten pregnant quickly.  I figured it couldn’t hurt and since I was planning to take a 6 month-year break I might as well see if there were other more natural options.

From the moment I met Jackie, I immediately felt comfortable with her and trusted her.  She was the first person in the fertility journey who I felt really listened to me and tried to figure out why it wasn’t working or what might be underlying issue.  Once I gave her details of my cycle (which was normally very heavy and very painful), she gave me a suggested nutrition plan and worked on getting better blood flow.  After every one of my sessions, I felt better. I was sleeping better, my cycles were becoming a bit more regular, and the cramping was significantly better in the second month!  The change in my periods were enough in and of themselves to continue seeing Jackie! She was flexible and realistic, and always asking how I was doing and feeling. She was the first person also to listen to my concerns about potentially having endometriosis and to encourage me to speak up about it and talk to my ob/gyn.

After about 6-8 months of treatment Jackie and I talked about next steps as I still had not gotten pregnant.  She recommended a different doctor who I had not seen before and I made an appointment to see him in December 2017 to get another opinion.  He was the first one to actually see some issues in my uterus, which was a relief to actually have a reason! We decided to move ahead with an egg retrieval with him (even though I had 3 frozen embryos with the other doctor) and Jackie supported me throughout that process.  The last 2 retrievals I had gotten 9 and 11 eggs, and this one (a year later) I got 19! I truly believe that was due to Jackie’s work over the last year and taking the break to work with her. We decided to do PGS testing (which we had not done) and moved forward with a frozen egg transfer in April 2018, working with Jackie the entire time.  We were shocked to find out in early May that it had worked and I was pregnant for the very first time! I kept seeing Jackie through 8 weeks and then randomly throughout the pregnancy as I tried to get more comfortable and turn a transverse baby. Our beautiful baby girl was born via c-section on Jan. 3, 2019 and I am still shocked when I look at her that she is actually here!

I have no doubt it worked this last time in large part due to Jackie and all of her work and support through nutrition and acupuncture, and also her suggestion of the fertility doctor.  Without her I would not have this miracle baby and I would recommend anyone struggling through a fertility journey (whether doing IVF or not) to make an appointment with Jackie. She is meant to do this work and you can tell how much she cares.

Women who have found our care to be an integral part of their journeys, share their experiences with us on our Collaborative Care YouTube Channel.

Review us on Google

Tuesdays, Thursdays and Saturdays by appointment only. Please call ahead or schedule online.

Receive email digests featuring the latest news, recipes, and resources curated by us!